The Growing and packing of seed potatoes is carried out on farms within the area of the Canterbury plains.

Mini tubers are the basis of our production system based at a facility in Lincoln township. The mini tubers programme namely “The Pathogen Tested Scheme” is a joint venture between Alex McDonalds and New Zealand Plant & Food Ltd. Generations 0, 1 and 2 are grown by our company after which further generations are multiplied by our growers.

All early generation seed produced by Alex McDonalds is graded, packed and cool-stored at our own packhouse situated in Springston, Canterbury.

Alex McDonalds operates an extensive trialing programme for recently released N.Z. and overseas bred potato cultivars.   These new cultivars are evaluated to determine whether they meet the continuing demands from the New Zealand potato industry for varieties that maintain improved yield, improved disease resistance and overall greater performance for the end user.

This scheme, whereby plantlets are directly machine planted into the field, produces many more tubers for further field-multiplication than the traditional glasshouse-multiplication at Lincoln. We use this system for bulking up new varieties to enable us to evaluate them in a faster time frame than previously, and also means our buyers gain earlier access to the new material. 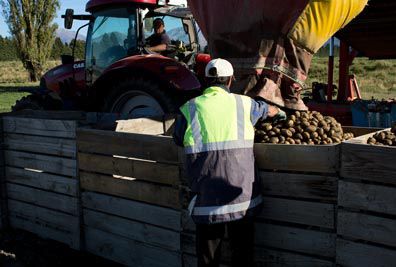 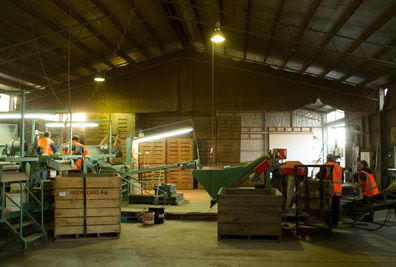